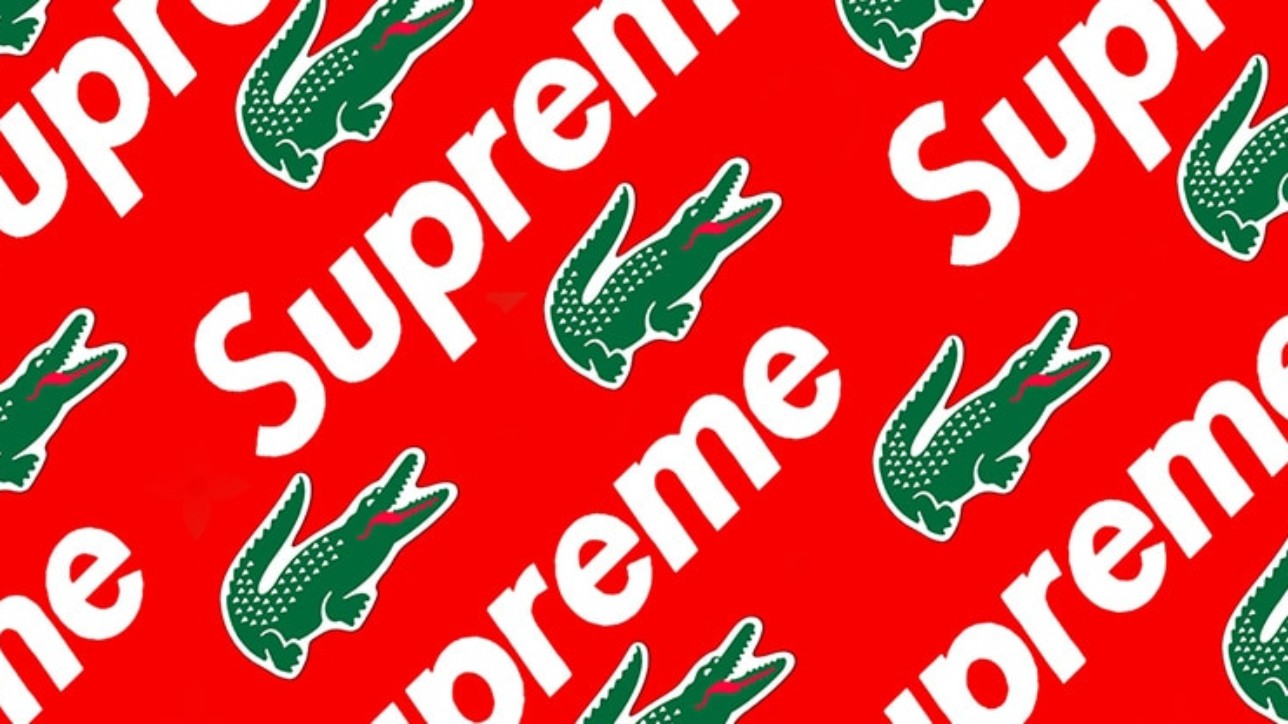 Following on from the highly sought after leopard print sk8 mid-pro Vans collaboration earlier this month, Supreme are back again with yet another collaborative collection. This time with tennis wear giant, Lacoste.

Lacoste came onto the scene in the 1930’s and was the creation of French tennis player Rene Lacoste and André Gillier. Gillier was the president of France’s largest knitwear company at the time and Lacoste was a world-famous tennis player. The Lacoste brand can be easily recognised by its green crocodile logo, which came from Rene Lacoste’s nickname on the tennis court “the alligator” which he gained due to his tenacity and passion when playing.

Since then, Lacoste has developed into one of the most successful casual sportswear brands in history. Famed for its polo shirts and Harrington jackets, this collection stays true to the garments that Lacoste are so well known for. Everything in this collection features the iconic crocodile logo, with branding from Supreme taking a backseat on the majority of the items bar the track jacket and track pants. This subtle branding featured on the embossed jumpers and embroidered on the Harrington jackets and caps is something we really like.

Giving a high-quality feel to the garments and allowing them to be viewed for their fit and colourways rather than ogled over purely for the fact they are Supreme. With so many people jumping on the streetwear train, it is refreshing for Supreme to collaborate with a more mainstream and commercial brand such as Lacoste.

Collaborating with a streetwear brand like Supreme is a new step for Lacoste, moving away from the preppy all white tennis star image and associating themselves with the grittier subcultures that wear Supreme. This collaboration is truly a collaboration of sport subcultures. Supreme began life as a skate brand in New York, and Lacoste as a tennis brand in France. Although the origins could not be more different, they have come together to create an accessible contemporary collaboration which is perfect for Spring.

Alongside these essentials are some more sportswear and streetwear influenced pieces. Track jackets that have an almost 80’s vibe, camp caps with a traditional 5 panel skate wear shape in a variety of pastel tones that Lacoste do so well, and pastel pique crewnecks with embossed croc logo.

This collection is a move towards more contemporary streetwear, but let’s not forget one of Supremes’ most high profile collaborations to date; the recent collaboration with accessories giant Louis Vuitton that was debuted at Paris Fashion week men’s in January this year. We can’t wait for the Supreme x LV collab to hit the shelves, although we’re sure the items won’t be available for long.

With prices ranging up to 6k for the branded trunk, this collection is one of the most luxe collections Supreme have ever produced. Previous collaborations Supreme have worked on include Supreme x Nike, which sold out instantly and Supreme x North Face which was highly sought after but had more accessible prices for the everyday streetwear lover.

The upcoming Supreme x Lacoste 2017 collaboration will hit stores in Los Angeles, London, New York and Paris as well as online on the 16th March 2017, and Japan on the 18th. This collection is set to be a sell-out, as with everything Supreme releases nowadays. The pastel tones are ideal for the Spring/Summer season, and with garments such as shorts and camp caps, we’re sure this collection will be on everybody’s summer essentials list.