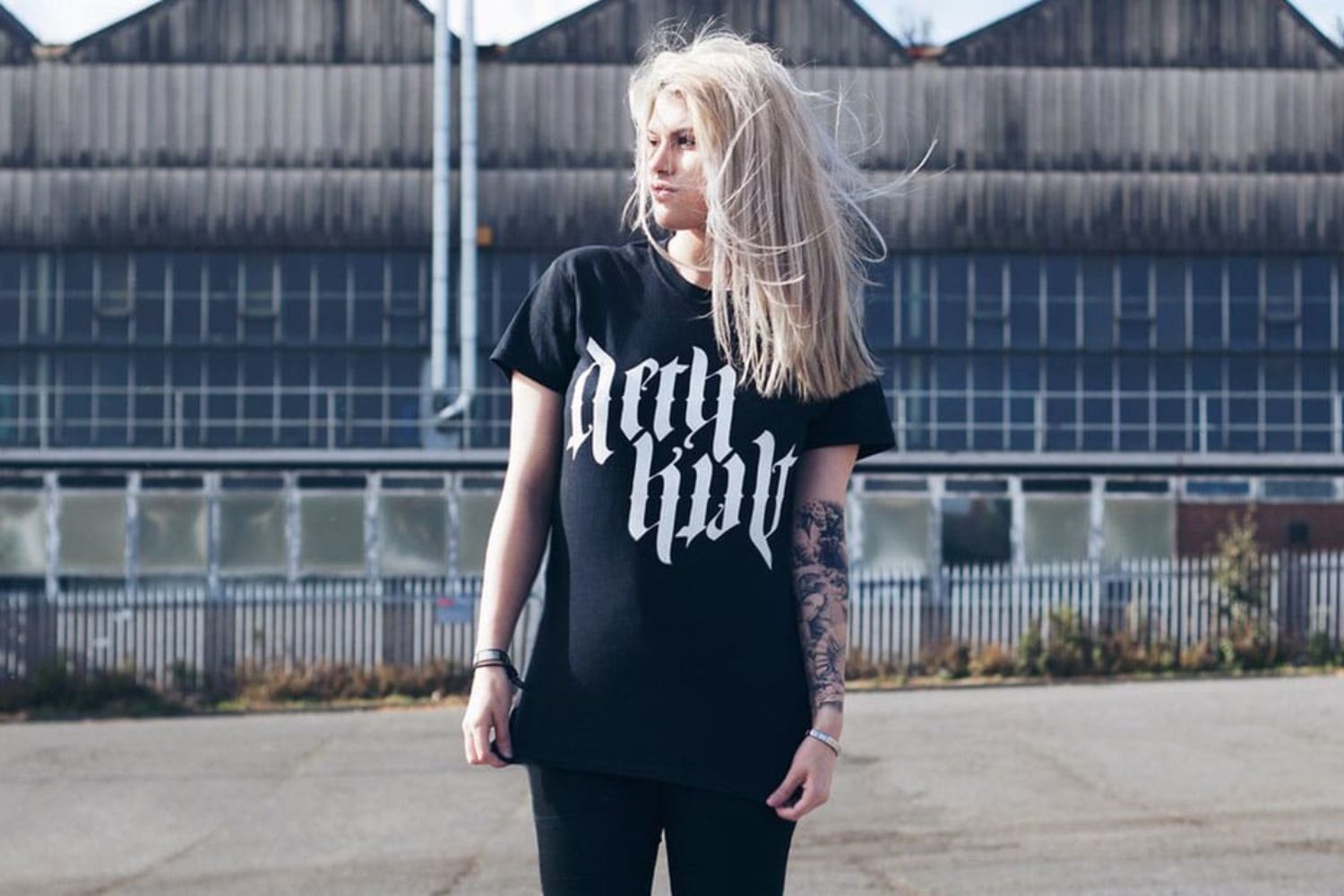 As an independent clothing brand, it can be hard to stand out. The market is saturated with t-shirt brands, and not everybody makes it. One brand that did make it, however, and continues to go from strength to strength over 5 years after it came onto the scene is Deth Kult. Cringey slogans and boring graphics are not something Deth Kult is synonymous with. Instead, they are known for their high-quality unique designs. Owner Matt Young is first and foremost a designer and illustrator, with his designs taking influence from the occult, tattoos and street culture. These designs are so different from what is currently available, that Deth Kult has become a huge success and amassed an impressive social media following. The brand that started in his bedroom now boasts over 47k+ Instagram followers and is worn by some huge influencers such as the Suicide Girls.

Where Did It All Begin?

So, how did Deth Kult become such a success? The idea started in 2010, but the brand really came into its own in 2013. Matt was working as a graphic designer for a clothing/merchandise company, and the idea initially started as a personal project. The Deth Kult brand started as a simple website and blog where Matt could showcase some of his personal work. It also allowed him to produce products that remained separate from his day job.

In 2013, the brand really started. This came after Matt heard that the head designer of Johnny Cupcakes, Chris Delorenzo, was starting an online course on skillshare.com based on ‘T-shirt brand design’. Matt enrolled in the course with the intention of learning some new tips and tricks and signed up using the name Deth Kult that he already had been using for all his personal work. Before starting the course, Matt never envisioned Deth Kult as an actual brand, but while enrolled on the course, he developed loads of ideas surrounding it. These ideas lead to a “eureka” moment as he calls it.

After realising the Deth Kult brand had real potential, Matt never looked back. He started by developing the logo and some new designs and then got to work. With 2 t-shirt designs, 2 beanie designs and a load of stickers, Deth Kult officially launched on December 1st, 2013. The site continues to remain a platform for Matt’s work and designs. To this day, he has never submitted anything to the online course he enrolled in but credits it for helping him realise Deth Kult clothing could really make it as an independent clothing label. The brand is “direct, and hard-hitting but far from being dark, as the name may suggest. It contains a good dose of humour, sarcasm, parody and positivity.”

Matt’s story is one of e-commerce success, and with only an online store, their online presence makes all the difference. Aside from their website, social media is the prominent selling platform for Deth Kult. Amazing for brand awareness and exposure, social media has been vital for the growth of the brand. Without Instagram and Twitter, Matt doesn’t think the brand would have made it as far as they have today.

Their social strategy involves using social media to create hype around products, promote their launch, and raise awareness of the brand. By implementing an influencer marketing strategy where Deth Kult pieces are worn by bloggers, models and all-around cool kids, brand exposure continues to grow. If you’re a fan of ours, you will have certainly spotted a Suicide Girl or two around the site. We’ve previously worked with lovely ladies, Erica Fett, Rebecca Crow, Keshia, and Sophoulla. Deth Kult is a ‘Kult’ you want to be a part of.

What Worked For Deth Kult?

What seems to really work for Deth Kult is having a series of strong designs. Something that many independent brands in the streetwear community seem to lack. The designs change regularly and are always on a limited print run. This means that all items are rare and special. You could even class them as collectable – once they’re gone, they’re gone! Deth Kult is supported by a loyal customer base that consequently has helped the brand grow rapidly over the past few years. After all, a ‘Kult’ is nothing without its members. Matt says that the “positive, word-of-mouth reaction has really ‘worked’” for the brand.
Evolving over time, the label appropriates itself with various logo tees and designs. This has created a more affirmed and punchier style. T-shirts, accessories and sweater designs mix pop culture and tattoo/alternative culture into a unique melting pot of themes. Sharp designs, high quality and limited editions = a winning combination. The brand promises to develop and grow further over time and collections. Join the KULT and wear to DETH!’
If you’re a brand looking to make it online – why not have a look at our social media for business guide. Or take a look at our digital strategy for e-commerce businesses.