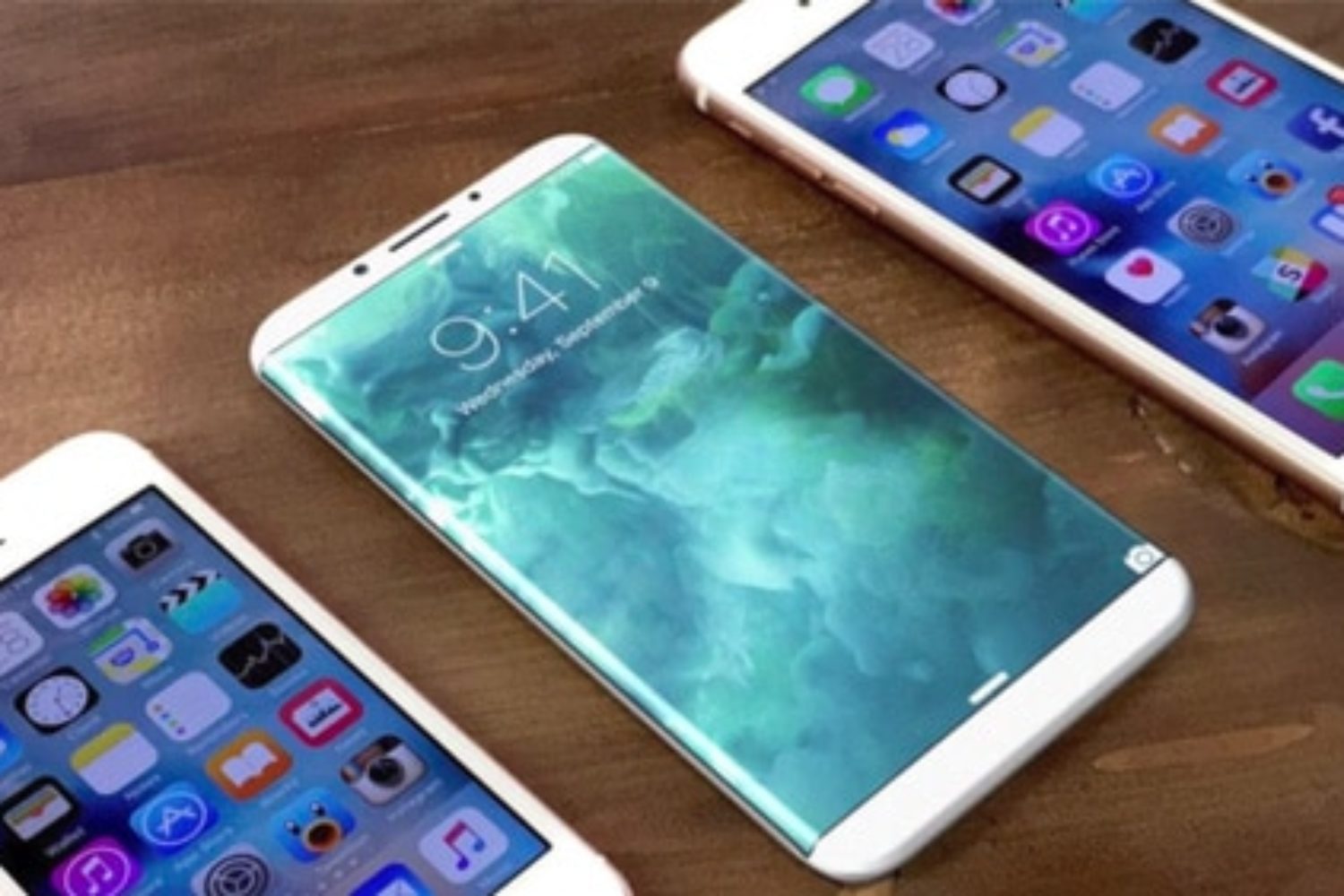 We Investigate the iPhone 8 Rumours

Apple plans on making an impressive change with the 2017 iPhone. Rumors claim that ten prototype iPhone models have been tested, so fans are not completely sure what the iPhone 8 is going to look like. It is also rumoured that this phone will feature an edge-to-edge display without the top and bottom bezels. This seems to be the feature most are looking forward to. Here are some of the other expected features:

Design
Two distinct designs have been leaked, so it is not certain which design Apple will go with.

Leaks show that the iPhone 8 will have an edge-to-edge display, no visible Touch ID button, and a glass body. The phone will be the same size as the iPhone 7 with a 4-millimeter bezel around the display. The ear piece, front camera, and sensors are featured in the display area.

This design appears thicker than other iPhone models. It also lacks a physical home button and the iPhone “apple” logo. The power button and SIM tray will be located on the left side of the phone while the volume buttons and the mute switch will be on the right.

The schematics of this design show that the sensors are embedded in the display. The rear of the phone features a dual-lens camera and a wireless charging function.

Like the first design, the second leaked design has an edge-to-edge display and thicker is than the iPhone 7. It features a slim top and bottom bezel, a dual vertical camera, and Touch ID located at the rear.

Overall, most of the design rumours seem to be leaning towards the first design with the possibility of a rear Touch ID being embedded into the display or left out completely.

Ming-Chi Kuo, a securities analyst at KGI, says that Apple plans on doing away with Touch ID completely and will replace it with a 3D facial recognition system. This system is said to capture more data prints than a fingerprint scanner and that it can unlock the iPhone from various angles. However, rumours say that since facial recognition is still being tested, Touch ID might still be integrated into the iPhone 8. Additionally, it is expected that the iPhone 7s and iPhone 7s Plus will have Touch ID home buttons.

Apple has a deal with Samsung to manufacture OLED displays so we can expect this feature on the iPhone 8. OLED displays offer improved contrast ratio, better colour, and more battery life than LCD displays.

Apple will use a flat 2.5 display with a 5.8-inch screen size. However, the active display area will be smaller. Rumors suggest that it will also feature an 18:5:9 aspect ratio and 1125 x 2436 resolution. Rumors say that all three upcoming models will have True Tone displays. Under fluorescent lights, they will appear blue while under incandescent lights; they will appear yellow. One of these models will also have ProMotion display technology which sustains 120 Hz refresh rates for enhanced motion and animations.

Rumors suggest that iPhone 8 will feature WPC-based Qi wireless charging technology that will be enabled via an optional accessory bought alongside it.

The iPhone 8 and the other two models will use Apple’s A11 chip which is said to offer a faster performance and an improved battery life than the current A10 chip.

Fast Company suspects that the rear camera of iPhone 8 will feature a rear-facing (vertical cavity surface-emitting laser) system and 3D photography effects. The front camera is expected to have 3D sensing functions for facial recognition. It will also feature an infrared transmitter and receiver.

Expectations are that iPhone 8 will use Samsung’s NAND flash memory, but it is uncertain what enhancements it will feature. The storage space is also expected to increase.

The RAM is expected to be 3GB while the DRAM will be 10 to 15 percent better than that of iPhone 7.

According to DigiTimes, iPhone 8 will feature an improved SIRI although it is not clear yet what the improved SIRI will be capable of.

The unveiling of iPhone 8 is in September 2017, but there are rumours that the launch could be delayed.

Rumors say that iPhone 8 will be the most expensive iPhone. The price is expected to start at 1,000 dollars.

About the Author
As a technology manager on Le Meilleur Avis, I have access to various smartphones, PCs, Bluetooth devices, headphones and many other tech products. I do my best to review every aspect of these products, including apps.

Recap on the iPhone 7 rumours.