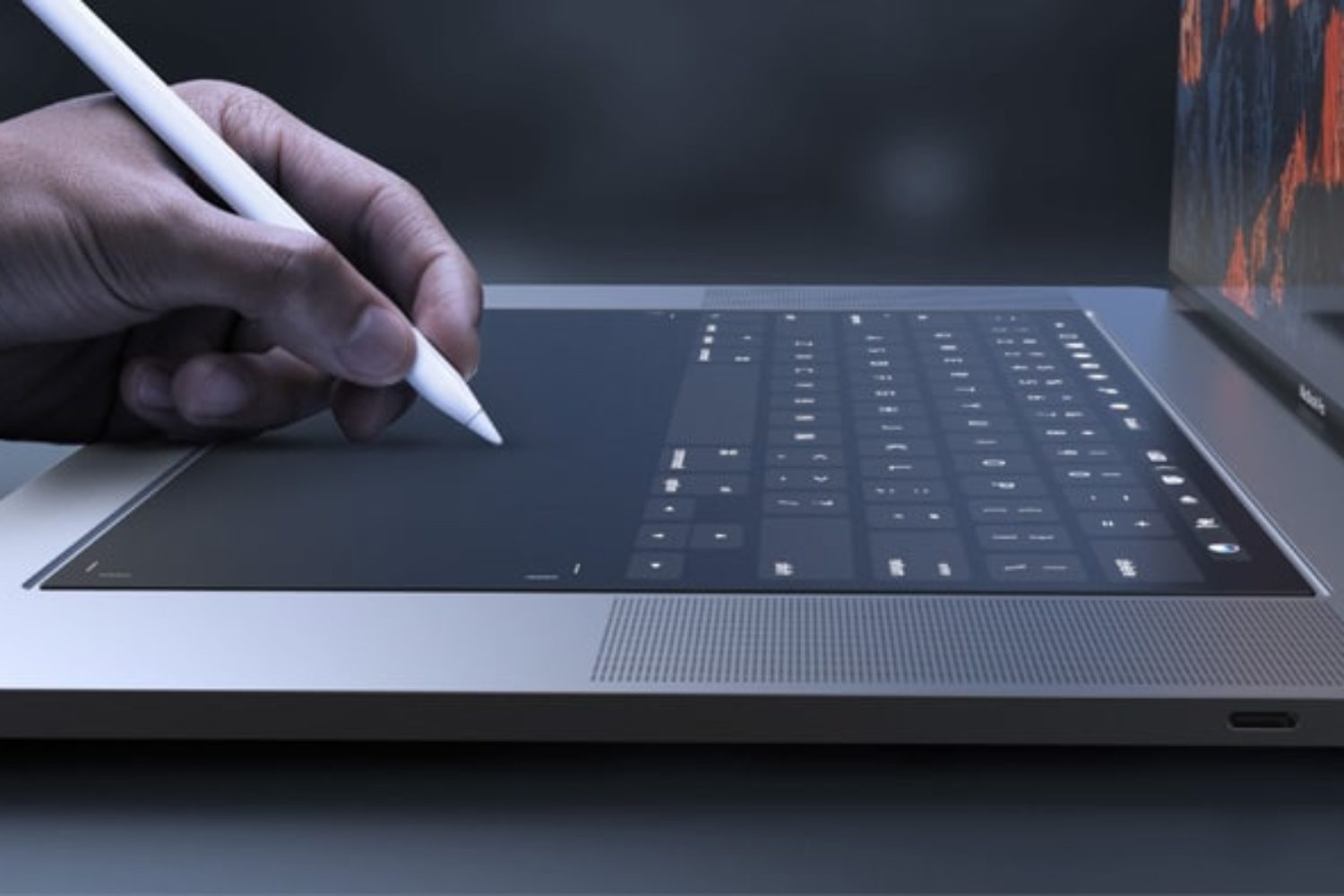 At OmniSearch we love our Apple computers. Look around the office and on every desk, there’s more than a hint of brushed aluminium technology. Naturally, we love to keep our ears close to the ground when it comes to this company updating its range. And one rumour that’s now doing the rounds is about the new Apple MacBook Touch.

Currently, this idea appears to be little more than a glint in the eye of the tech giant. News has filtered down from the patent office that Apple has filed an application for “dual display equipment with enhanced visibility and suppressed reflections” and it has been duly granted. The paperwork describes a device that would use a secondary display as a dynamic interface. We could, of course, say keyboard, but referring to this new technology with old nomenclature simply doesn’t seem right.

Stifling our collective gasps at some of the concept product shots of this proposed new addition to the Mac range, we noticed the easy positioning of the completely touchscreen-based keyboard. Early feedback seems to indicate this will be coupled with a haptic feedback system, to create that real keypress feel as you slide your fingers over the letter set.

Clearly an evolution of the touch bar that first saw the light of day on the MacBook Pro, there are already discussions in the forums about how this active region of the book could be used to extend the screen size. Couple it with the Apple pencil and the touchscreen becomes a base for freehand illustration and creative working.

But perhaps more importantly, this touchscreen keyboard will allow Apple and third-party partners such as Adobe to create unique product-specific keysets. Imagine a video editing suite with controls akin to a Hollywood studio, or music production software that gives you fast access to the switches and buttons native to a Roland sequencer. With so much variance and power on offer, we are getting a little excited about the possibilities of this new medium.

Whilst some critics of Apple have argued the company’s penchant for new ideas and systems has diminished since the passing of the brand prophet Steve Jobs, the truth is that many new ideas have surfaced in his wake. However, his innovative mind was originally set against a touchscreen Apple book, indicated by his arguments that people would dislike holding their hands against a vertically mounted screen. Now the newly proposed idea conveniently swipes this apprehension to the left, potentially giving Apple aficionados the best of both worlds.

And finally… A computer is nothing without a skilled operator behind the controls. Whether or not that’s an old-fashioned keyboard and mouse or an interface that truly belongs to the 21st century. If you would like to see how OmniSearch wields the controls of an Apple to give you outstanding results, then dare we say it – Get in touch.