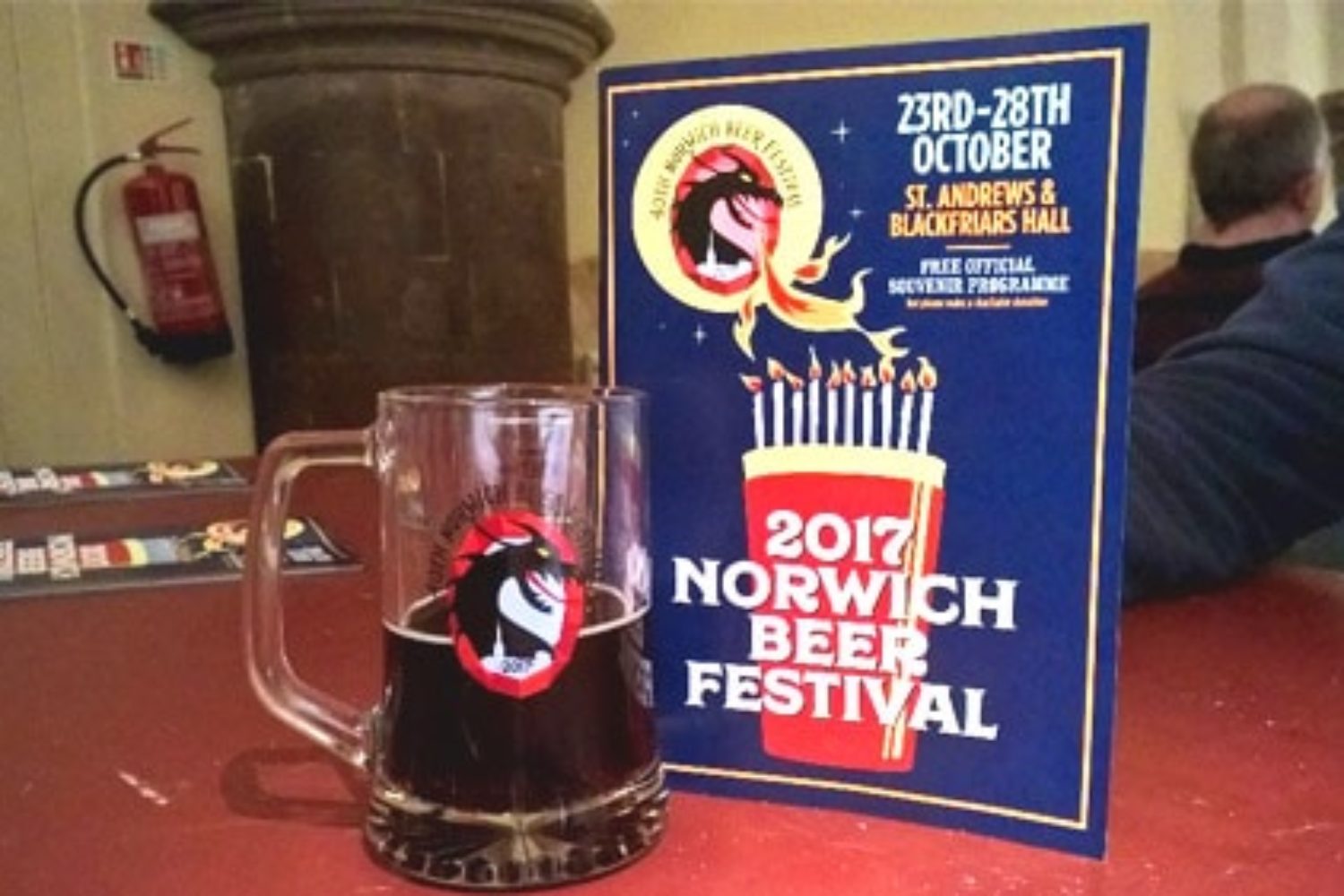 Every year, the people of Norwich gather to drink proper ale, beer and cider under one roof. The Norwich Beer Festival is organised every year by the Norwich & Norfolk Branch of the Campaign for Real Ale (CAMRA) and held in both St. Andrew’s and Blackfriars’ Halls. This year the festival takes places from October 23rd to 28th 2017. So if you haven’t had the chance to go already, make sure you head there this weekend, Make sure you get there early though, the queues get mighty long! 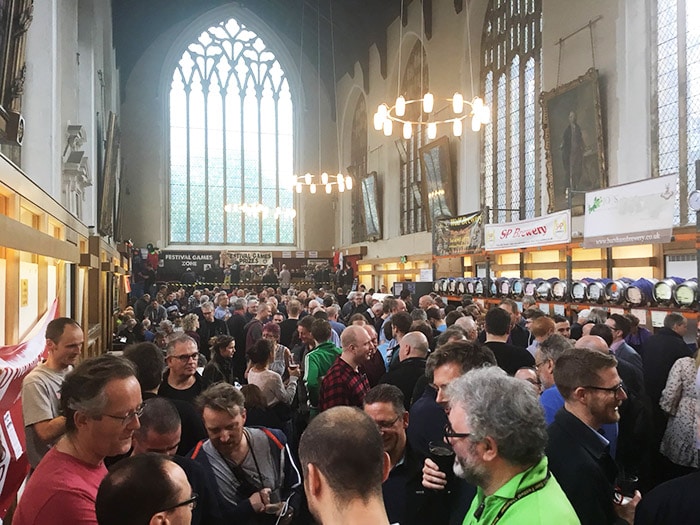 The festival is a celebration of real ales, beers and ciders. It aims to promote good-quality cask conditioned beers, which most people refer to as “real ale”. But ale isn’t the only beverage on offer! A selection of wines and ciders are available too. Each year seems to be busier than the last as people gather to sample some of the best booze around. Since it started over 4 decades ago, more beers are available to try. Breweries are coming from far and wide to give the public a pint of the good stuff. From raspberry wheat beers to IPA’s, the chairman of the Norwich branch of CAMRA insists “there is a beer for everybody”, even if you think you don’t like beer.

The event is organised by volunteer members of the Norwich & Norfolk branch of CAMRA, and all staff working at the festival are also volunteers. These people are seriously dedicated to their ales! Who can blame them? With over 200 cask conditioned real ales from Britain’s independent brewers, along with draught and bottled beers from Continental Europe, this beer festival is only getting bigger and better.

Not only somewhere to gather and drink beer, the festival also hosts talks and tastings and there is daily live music. Local bands and musicians provide the soundtrack to the drinking and cavorting. From brass bands to a rock and soul choir, the music certainly helps keep spirits high. For the talks and tastings, Tickets are £8 each for CAMRA members and £10 for non-members. All tickets include entry to the festival, speaker and 6 beer samples. 6 beer samples and a bit of beer knowledge certainly sounds good to us!

If you enjoy the Norwich Beer Festival, you will love the Great British Beer Festival, Winter. It takes place at The Halls, Norwich, Feb. 20th-24th 2018. We hope you attend and thoroughly enjoy both.

If you’re a fan of bubbles, check out this post.