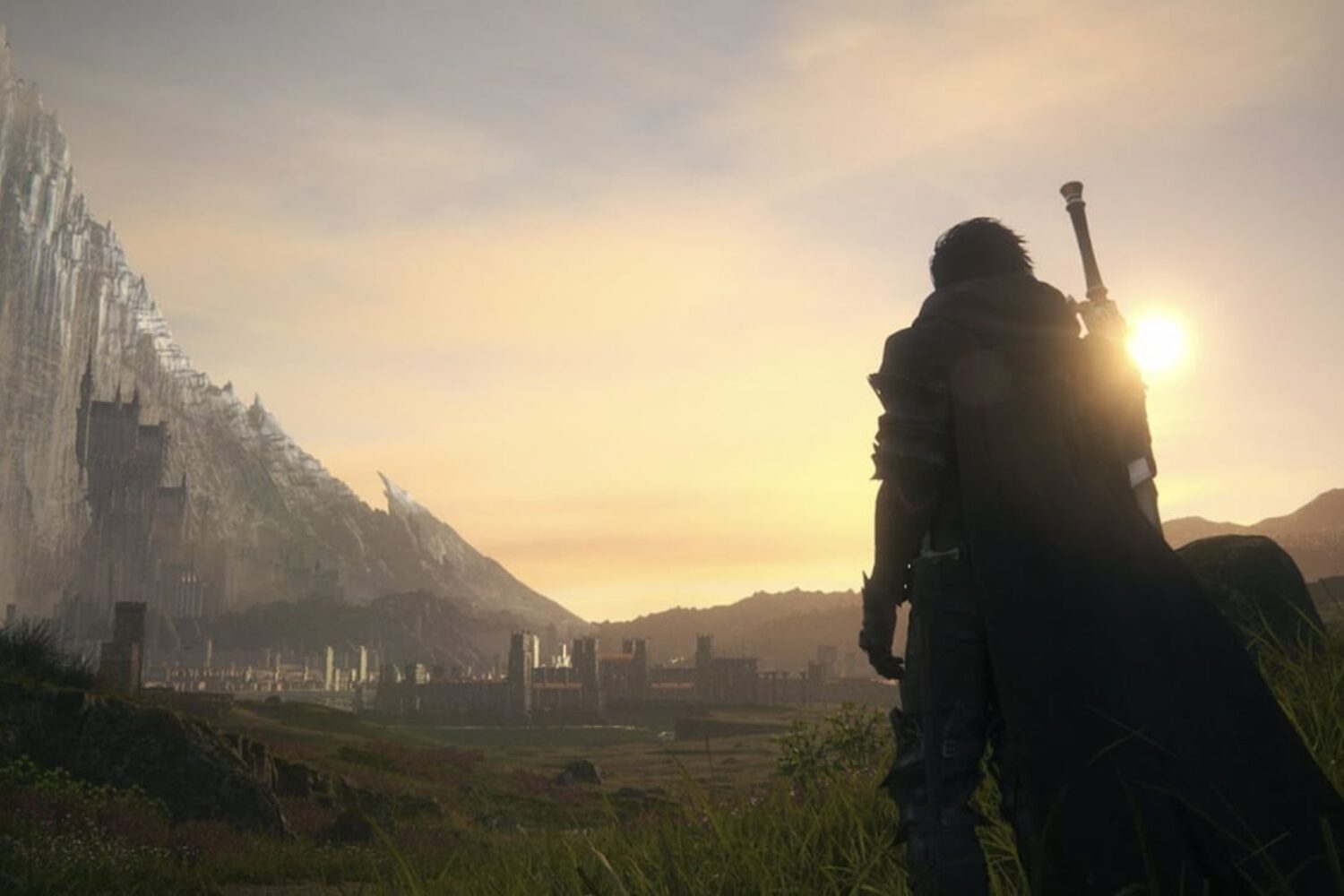 Gaming is growing to be one of the biggest industries there is, beating out both the Music and Movie industries despite its counterparts having a 85 year head-start. Because of this, whether it is through news, features, or reviews, we believe that it is essential to cover the industry. And our goal is to share that information with you from individuals who are passionate about this field. As of now gaming shows no signs of slowing down and 2022 has already been a massive year in the world of video-games. With the likes of Elden Ring and Horizon Forbidden West already releasing to massive acclaim, the former being many gamers’ pick for this year’s game of the year. With that being said there are plenty more games on the horizon to look forward to in both this year and beyond. 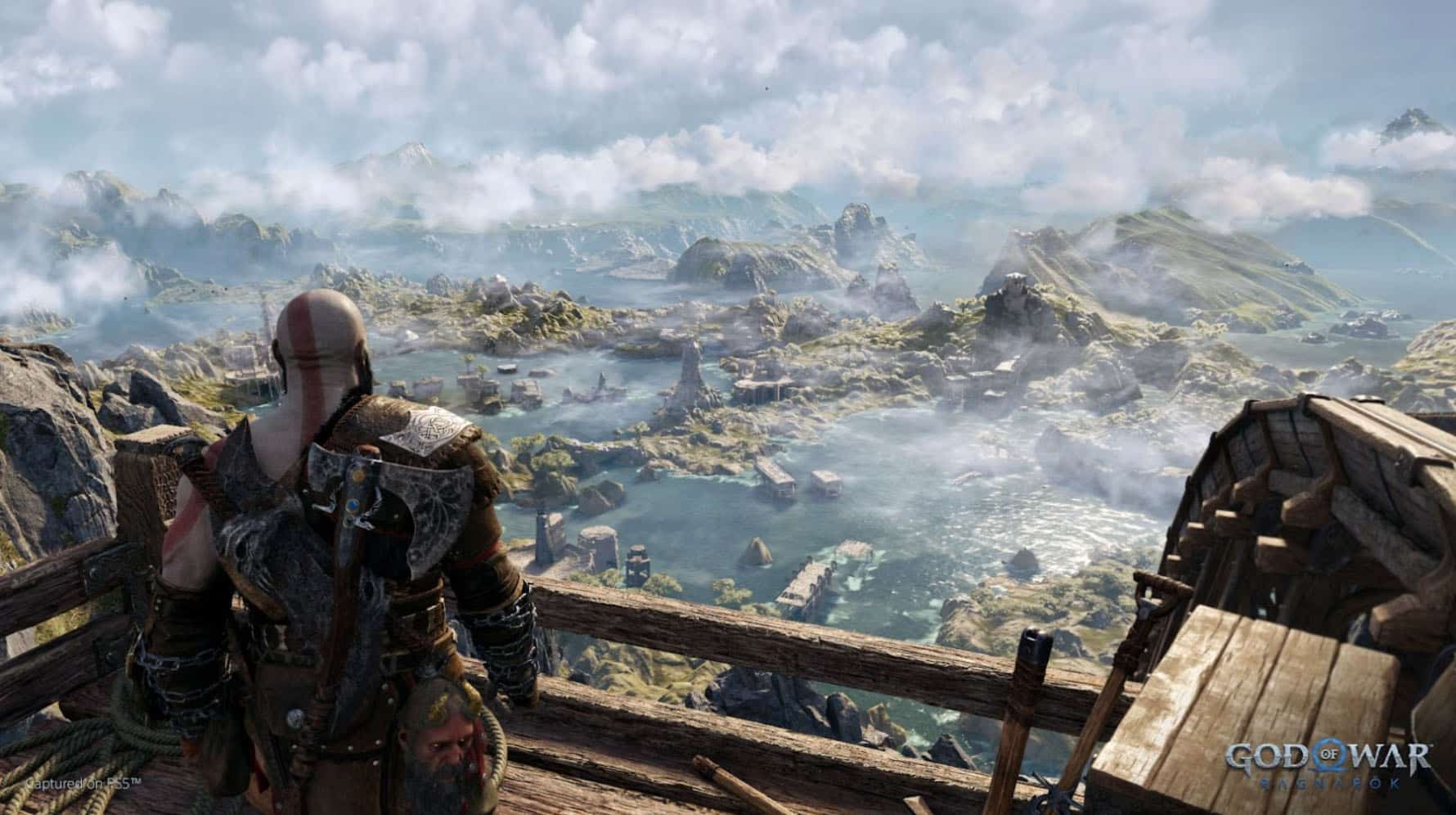 2018’s God of War gave players the first look at what a modern God of War game would look like in the Norse setting. They showed an older and more mature Kratos dealing with the struggles of loss and parenthood as he travels through the Norse Realms. God of War Ragnarok continues this journey as the shocking revelations uncovered at the end of the previous game lead them on another realm-hopping adventure.

If the prospect of watching Kratos and Atreus continue their journey is not exciting enough for you then it’s worthwhile to note that unlike in the first game players will be able to explore all of the 9 Norse realms. And with that being said there is a high chance that Kratos will run into many more of the Norse gods. As seen in trailers for the sequel, Thor and Tyr have both confirmed to play prominent roles, which leaves players to speculate whether they will see the one-eyed all-father, Odin.

The world is not the only thing that has been expanded upon though. The gameplay department has shown lots of exciting upgrades and tools for players to use already. Kratos now wields a grappling hook to use both in and out of combat, for either pulling himself up to high places or pulling enemies into his blades. The grappling hook is not the only new traversal tool since players will be able to explore the world on foot, in boat and for the first time, ride a wolf-led sledge across icy lakes. And with a little while till the game’s launch, it is expected that players will get further looks at Kratos’s arsenal of weapons and tools.

Perhaps the most significant piece of information about God of War Ragnarok is it will conclude Kratos and Atreus’s Norse Saga. And like everything in God of War, players can expect an epic finale that pushes things to the extreme, with bosses and cinematic moments aplenty.

The Sequel to The Legend of Zelda Breath of The Wild 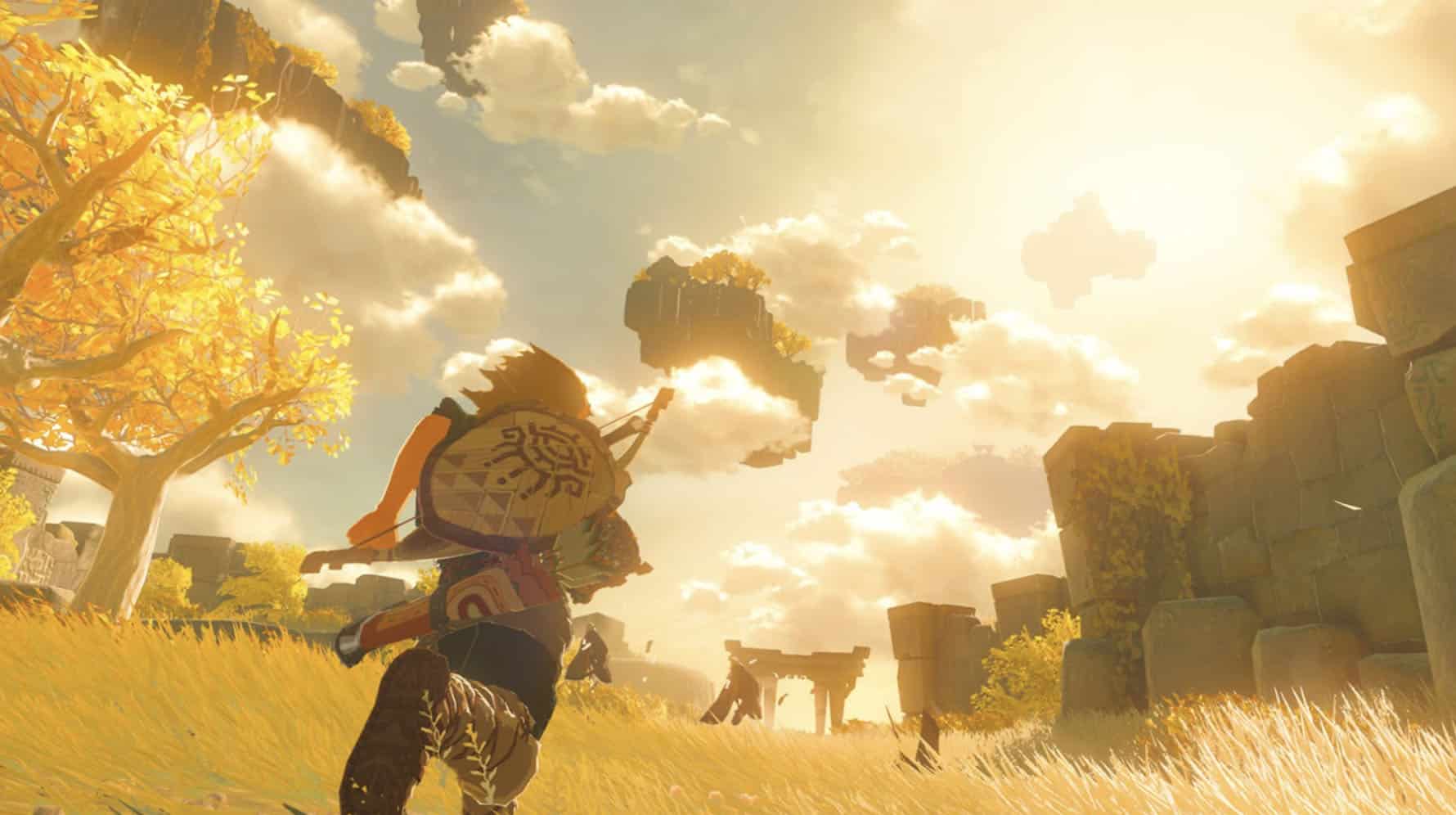 This game is undoubtedly the most anticipated on the list as the first Legend of Zelda Breath of The Wild changed the entire gaming landscape with its original and innovative take on the open world genre. It set a very high bar for what an open-world could and should be, and its influence can be seen in many other games from Horizon Forbidden west to Elden Ring. This puts the pressure on the sequel at an all-time high. The question is can they raise the bar yet again?

While only a few snippets of gameplay have actually been shown from the game, what we have seen has given us lots to discuss. From the first trailer, we can already piece together what appears to be Link accompanied by Zelda as they traverse into a dungeon-like cave. This is intriguing as one of the only complaints that could be thrown at the first game was a lack of classical-style dungeons. And Nintendo may aim to rectify this by reintroducing them in the second instalment.

The world may be expanding under the ground with its dungeons but it’s also expanding in the skies above. In the second trailer, players were given a glimpse of Link making his way across a landmass in the clouds. Exploring such terrain might prove difficult on foot, so it is likely that players will obtain a flying mount akin to a Loftwing from Skyward Sword.

New locations aside it would appear you will wield new powers too. In almost every piece of footage, we see Link has his arm covered in some ancient technology, perhaps of Sheikah origin. And so far we have seen him use it to reverse objects through time, shoot fire and transport him through walls and ceilings. Knowing how expansive the first game was, his arm will most likely do a lot more than just that. This sentiment resonates throughout the entire game, and if Nintendo is able to surpass the original, then the sequel will go down in history as one of the greatest open-world games ever. 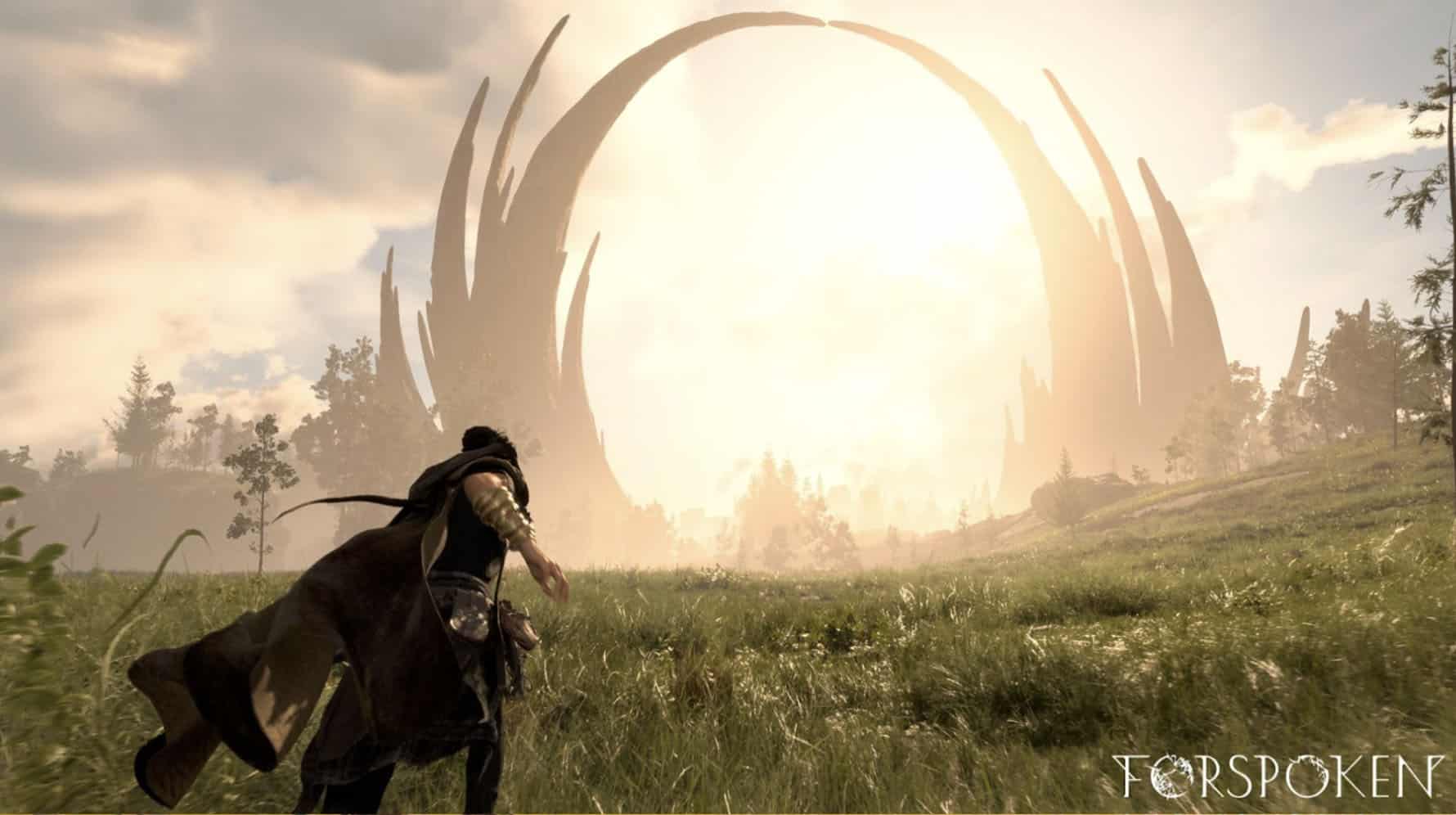 Forspoken is the newest original IP from Square Enix and is a next-generation exclusive title, which explains the game’s impressive visuals. It’s being developed using the Luminous Engine, the engine that was previously used for Final Fantasy XV. And that game was also notable for its graphical fidelity.

As with Final Fantasy XV, it will feature a wide-open world for the player to explore and it looks to be one of the highlights in Forspoken. The landscape and topography of the game look almost otherworldly with rock formations that curve into the sky and mountains with exaggerated jagged spikes at the top. The methods you will employ to explore this world are one of the biggest appeals. The main character Frey has been given a vast range of magical abilities. This includes the ability to teleport, run at inhuman speeds, grapple and even ride a surfboard made from ice.

These magical abilities will be employed in battle too, as your primary means of dispatching foes on the battlefield. From what we have seen so far you will be able to use elemental powers ranging from Fire to Earth to Ice. It seems like players will have to string and weave together these elemental powers in combat. The sheer variety of abilities we have seen already leaves us wondering what other magical tricks Fray has up her sleeve.

While the world and gameplay are both essential, the story is what has many interested. From modern-day New York, your protagonist Fray is transported into the fantasy world of Athia. This land has its fair share of problems as the inhabitants are ruled by the oppressive Tantas, who seem to be the primary antagonists you will be facing. All of these aspects give us good reason to look forward to Forspoken when it releases on October 11th 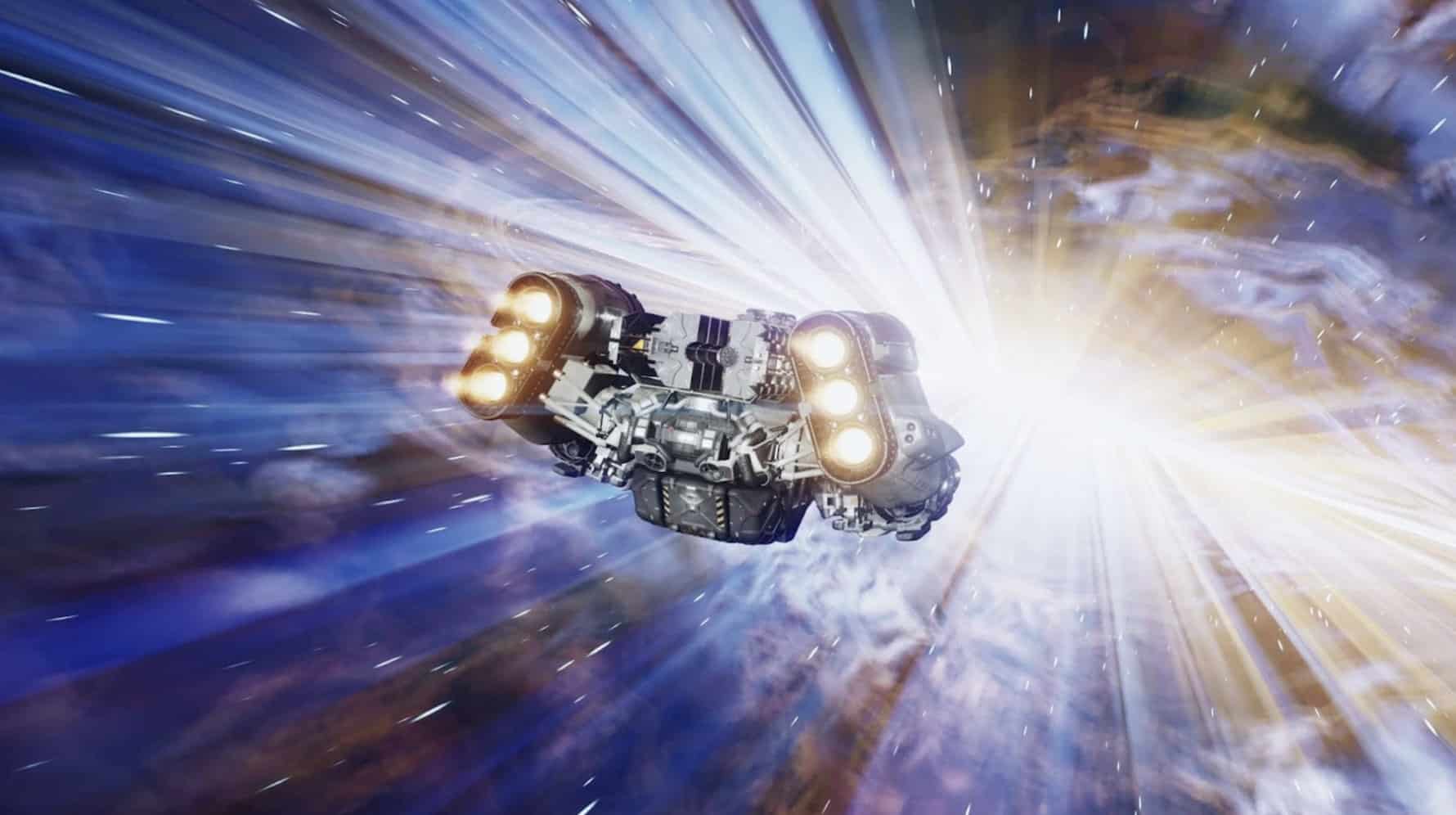 It has been nearly 30 years since the last original Bethesda IP launched so to say this has been a long time coming would be an understatement. The game has been on the back burner for over a decade, according to Bethesda Studios director Todd Howard. Starfield will be their biggest game yet, set in the vast reaches of space, letting you explore a confirmed number of 1000 planets that will be entirely explorable. Such a vast amount of planets is achievable with procedural generation technology that generates hundreds of planets with many variables to make each unique in its own way. As well as this there will be custom-curated landmarks, cities and planets which will most likely be used when progressing through the main story.

Of course, to make your way through space you will need a spaceship of your own and in the recent Microsoft and Bethesda Showcase, it was confirmed that players will be able to fully customise and design their own spaceship exterior, and interior and employ crewmates to assist in ship operations. That is not the only thing that players will be able to build. On each planet you visit, you will have the opportunity to create an outpost, outfitted with living quarters, a landing bay and more. The system builds on the foundation laid out by Fallout 4 with its creation tools.

As with every Bethesda game you will be able to create your own character. This means changing your looks, choosing 3 starting skills that will give you advantages in dialogue and a range of scenarios. Finally, players will decide on 3 traits that will provide both advantages and disadvantages. All these systems working together should hopefully create the most in-depth character customiser we have seen in a game to date. 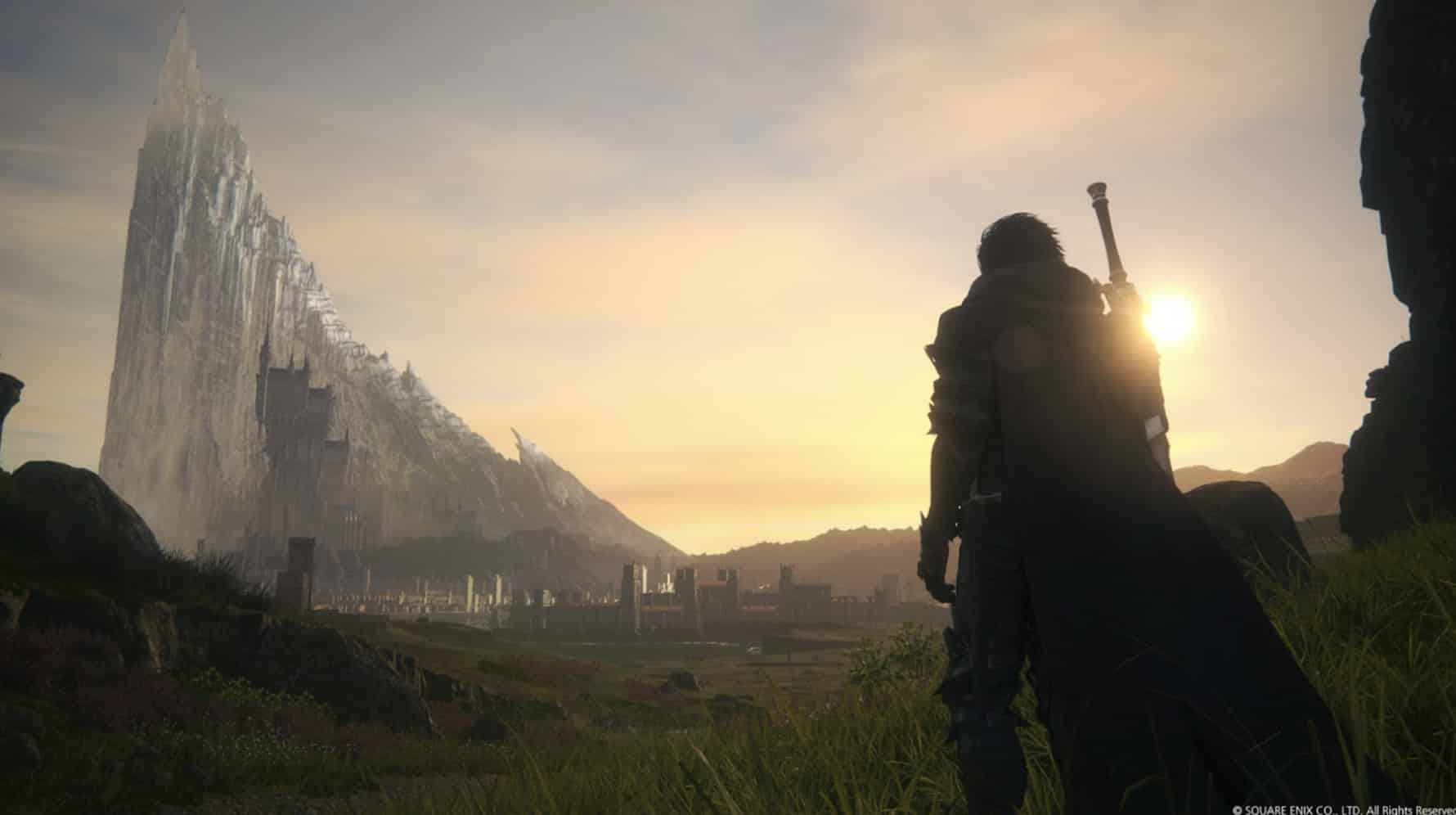 Lastly but certainly not least, the next mainline instalment in the legendary Final Fantasy series has been confirmed to launch in summer 2023. This time the project is headed by Director and Producer of Final Fantasy XIV fame, Naoki Yoshida. His work bringing XIV back from its disastrous launch and continued support for the game has marked him as one of the industry’s finest. So when fans heard he was leading Final Fantasy XVI there was immediate excitement.

Final Fantasy has had some mixed reception when it comes to its last few mainline titles but XVI looks to be bringing things back to the series roots. Taking place in a high fantasy setting full of knights, castles and everything mediaeval. From what we have seen so far this setting is home to many kingdoms all with various motives that will surely cause some political turmoil. And since the main character Clive has close ties to one of said kingdoms’ royal families, you can bet that you will be in the midst of it.

Yoshida is not the only notable team member as the rest of the team is composed of industry veterans and some of the best talents there are. One such talent is Ryota Suzuki who is responsible for the combat in Devil May Cry, a franchise that has been universally applauded for its gameplay. With him now working on Final Fantasy XVI expectations are high, and as of yet, we have not seen any combat or gameplay that doesn’t look incredible.

Final Fantasy XVI is shaping up to be one of if not the best Final Fantasy games there has been in a long while. By returning to its roots, and being composed of a team that is filled with talent and a more mature tone for the game since it marks the first-ever time a mainline Final Fantasy has received an M rating.

It is clear that gaming has a bright future, and the games above are shining examples of just how bright that future will be. Not only do they highlight some of the most anticipated titles, but also those which are pushing the industry to innovate. And It doesn’t end there; there are a plethora of other equally exciting games. It would be worthwhile to write about Hogwarts Legacy, Resident Evil 4 Remake, Spider-Man 2 and Final Fantasy VII Rebirth all on their own. All in all, it is safe to say that no matter what games you play there is something new and exciting to look forward to.