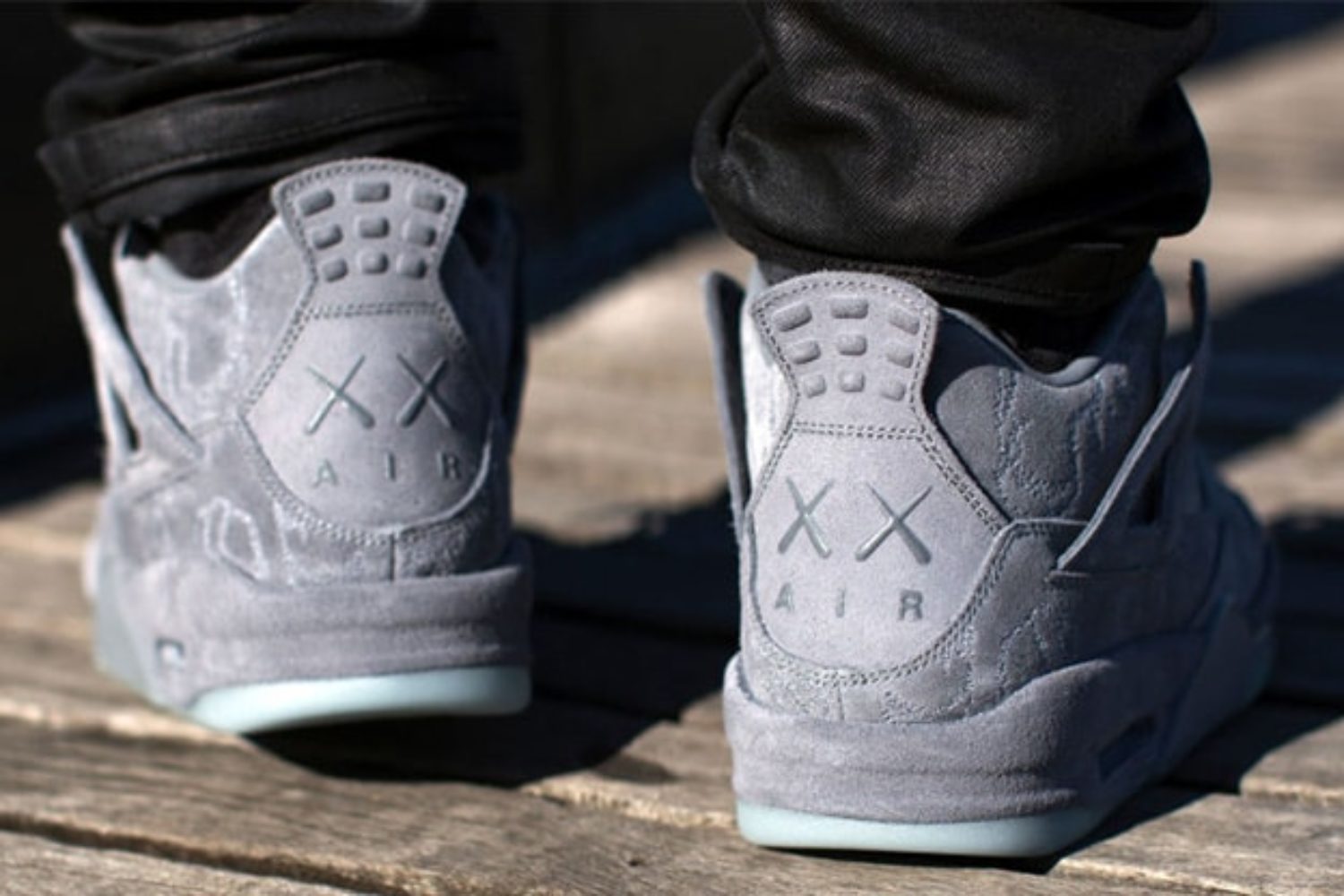 Get ready for the Jordan x Kaws Collaboration. Coming Soon!

It started as speculation, but has now been confirmed. The much-anticipated Jordan x Kaws capsule collection will hit stores on 31st March across America and Europe. Alongside the sought-after Air Jordan IV everybody has been waiting for, the collaborative duo have also produced an apparel collection to complement the kicks.

The Jordan brand was created for and endorsed by Brooklyn born Chicago Bulls player Michael Jordan in 1984. Since then it has exponentially grown in popularity and Air Jordan sneakers have become a must have for any collector, basketball fan or sneaker head.

Kaws was born Brian Donnelly in Jersey City, New Jersey and now resides in Brooklyn. He is an artist and clothing designer, but is most well-known for his collectable vinyl toys. The iconic toys are clown like figures based on Mickey Mouse with hands obscuring their faces. Limited edition toys by Kaws have included re-designs of Snoopy, Pinocchio and Star Wars.

Kaws is definitely no stranger to collaborations, and has previously worked alongside Bape, Vans and Supreme. This collection with the Jordan brand is one of his most high-profile yet.

With both collaborators having Brooklyn roots,  the collection takes influence from and pays homage to the streets they both call home. Kaws initially created a name for himself in the street art community and it’s clear it still heavily influences his art today. The Jordan brand is one of the most influential in the street wear scene due to its “ground-breaking synergy of sport and style” according to Nike.

This combination of street art and street wear is a sure-fire winner, and may be one of the reasons the audience this collaborative effort appeals to is so broad. Nike’s Senior Design Director for Special Projects at Jordan Brand recently explained why this collaboration is so special. Kaws has roots as a street artist, which is art that can live anywhere and not necessarily on a traditional canvas. In his mind, footwear design is much of the same thing, and acts as “artistic expression on the streets”.

Together, Kaws and Jordan have produced a collection which stays true to their usual style. Featuring the traditional Jordan red and black colourway and the Kaws grey that was used for the famous “Companion” sculpture. The Kaws grey can be seen in the trademark printed hands, and obviously on the Jordan IV. Unusually, this collaboration moves away from Jordan’s usual style of mixed material sneakers, such as plastic accents, and instead adopts all over premium grey suede. This update gives the shoes a more upmarket aesthetic and makes the $350 price tag worth it.

Both Jordan and Kaws branding is clearly visible on all products; the red “Jumpman” logo and Kaws “XX” are on the chest of both the jacket and tee. The branding is fairly subtle, but acts as a symbol that the wearer has managed to cop an exclusive release. Our favourite feature from the collection is the glow in the dark sole on the Air Jordan IV x Kaws. The unique sole also features Kaws sketches that are emphasised by the glow in the dark element. This addition makes these Jordan IV’s a collectable art piece as well as a collectable sneaker.

Hype is building for this release in both the streetwear and art community; we’re putting money on it that this collection will be hard to get. Remember the 31st release date if you want to be in with a chance to purchase. Also coming soon, an exclusive KAWS x Peanuts collab.