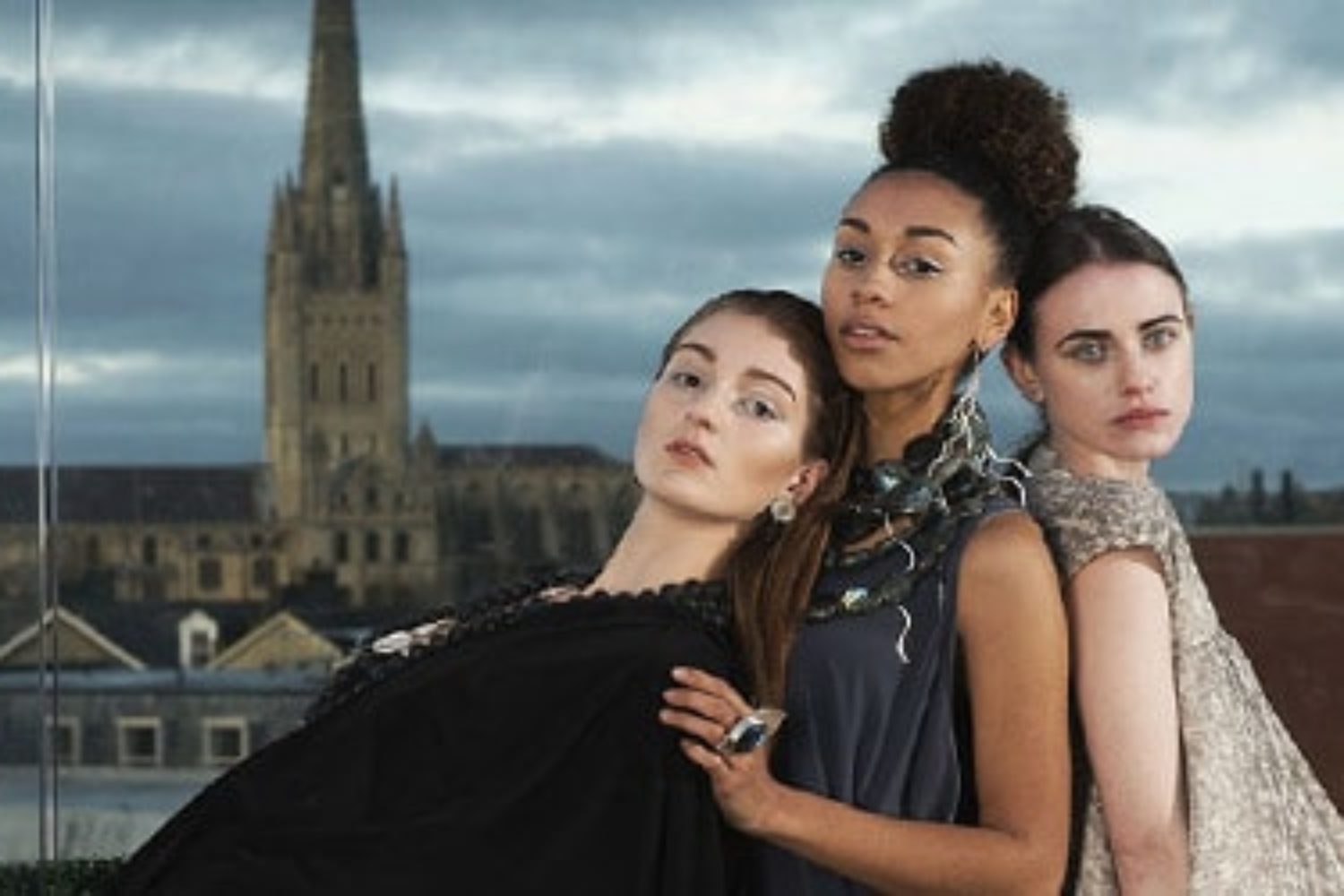 10th March 2017 saw the return of the fabulous Dipple and Conway hair and makeup show hosted at Open Norwich for Norwich Fashion week 2017. The hair and makeup show was the second show to take place for Fashion week this year and made a huge impact on the audience. Last year we saw Drag Queens take the stage and strut their stuff and this year was just as bold and daring.

With full body art by the talented and renowned body artists from Paintopia, the audience was captivated by 12 unique body art looks that were presented. From looks featuring warped and melting clocks that reminded us of Salvador Dali or Alice in Wonderland, to floral faerie creatures with doily neck ruffs, each look was intricate and intriguing. Paintopia is an annual face and body painting festival which showcases the best of body painters and is the largest of its kind in the UK. All the artists who got to show their work at Norwich Fashion week were some of the best in the UK, and the skill and attention to detail we witnessed were amazing.

Alongside the breathtaking body art, Dipple and Conway also presented a selection of eyewear to accompany the hair and makeup looks, varying from vintage archive pieces to brightly coloured modern styles that complimented the hair and makeup perfectly.

The show was coordinated by hair extraordinaire Deb from the salon Hairsmiths, and Sam of The Norwich School of Beauty. Each year the show acts as a platform for current beauty students to work with professionals in industry, and show their work on stage. The makeup this year was creative, innovative and bold. Think glitter, 80’s colour and futuristic shapes. The show had it all and gave the students and professionals a chance to really show off their skills and creative flair.

The show featured work by students from Lowestoft College and the Norwich School of Beauty, among many industry professionals from The Cottage, Millie Rose beauty and others. Our favourite look was the glitter under eye makeup, which was futuristic but with a nod to the 80s. Paired with the period dress and experimental coloured dreadlocks, the look was both vintage and futuristic in one. This kind of creativity was seen all over the runway.

Not to be overshadowed by the makeup, the hair design was equally spectacular. Led by Deb and the Hairsmiths crew, stylists from The Cottage and current students also made up the team. Each look was carefully designed and crafted.

Bright purple curly perms, vintage bouffant up dos entwined with ivy and braids with futuristic spike detailing. This show is where the future met the past. With a combination of vintage inspired hair and makeup, and equally some futuristic urban looks too, the audience was treated to a huge variety of styles.

All the looks were captured backstage by local photographer Jonny Human of ICEYphoto. Members of the press, students, local photographers and VIP’s such as bloggers were all invited to experience the show, and some great images of both backstage and the show can be found on social media. Follow @iceyphoto_ and @debdominic on Instagram for some more exclusive behind the scenes images.

For more new stories about Norwich, head here, or here.